Using forms is a way of collecting user data. Blazor WebAssembly has a built-in <EditForm> component, you can also use HTML <form> tag.

You can download the example code used in this topic on GitHub.

Comparing between <EditForm> and <form>

EditForm is a built-in component with many pre-build functions like validation, handle submits, allow nested EditForm.

<form> is an HTML tag and have no pre-build functions.

EditForm requires a Model parameter, whereas <form> does not.

Blazor form controls are good in general, it has done a lot of work about validation, UI. On the other hands, Blazor form controls has some limitations. For example, InputText is only supporting onchange HTML event and there is no way for it to change it to another HTML event, oninput for an example.

Blazor School is going to have tutorials for .NET 6. You can donate money or visit our shop and purchase a product to help us move toward to the goal. We truly appreciate that!
Buy a cool mug Sponsor Blazor School 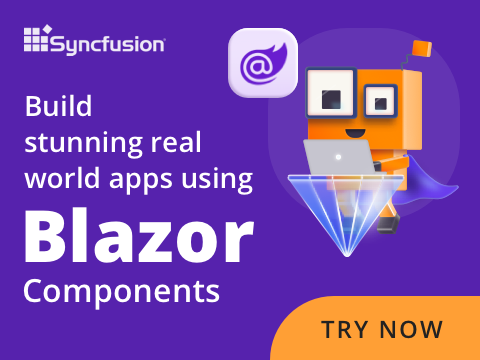 Designed and built with all the love in the world by the Blazor Lead team with the help of our contributors.
Docs licensed CC-BY-SA-4.0
Copyright © 2021-2022 Blazor School

Sponsors and Backers About Road Map Donate Money Blazor School Shop
An error has occurred. This application may no longer respond until reloaded. Reload 🗙